The Pharmacy College Admission Test (PCAT) is an admissions examination used by pharmacy colleges in the United States. The exam was developed in 1973 by the the American Association of Colleges of Pharmacy (AACP)'s PCAT Advisory Panel and The Psychological Corporation (now Pearson). It was first administered for admissions purposes in 1974.[1]

In 2005, recognizing that many pharmacy schools were now requiring applicants to submit writing samples, the PCAT Advisory Panel added a writing subtest to the PCAT. The specific focuses of the other sections of the exam also changed over time to address the changing demands of the field.[1]

Starting in 2011-2012, the PCAT has been administered at Pearson VUE test centers in a computer-based format. Both the multiple choice sections and the essay section are completed on computer.[1] 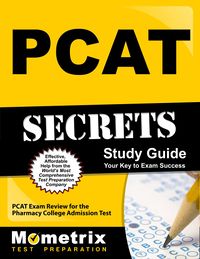 The PCAT Advisory Panel does not appear to publish detailed test statistics, but it reported that between June 2007 and January 2011, a total of 68,241 candidates took the PCAT exam. Based on those numbers, it can be estimated that approximately 19,000 candidates took the exam each year during that time period.[3] 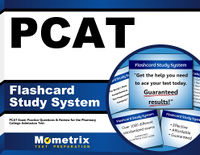 The PCAT is offered in six small windows each year clustered primarily around autumn. In 2014-2015, the testing windows were scheduled for July, September, October (twice), November, and January.[4] Candidates must register a few months in advance of the intended testing date if they wish to avoid a late registration fee, but late registration is generally available until about a week before the exam date.[4] The test is administered at Pearson VUE testing centers.[4] The fee to take the PCAT is $199.[4]

Candidates receive an unofficial preliminary Score Report after completing the examination. The Official Score Report is made available within 5 weeks following the end of the testing window.[4] Candidates who wish to retake the exam may do so up to four times without restrictions. Candidates require special permission to register for the test a sixth time or more.[4]

Candidates are expected to arrive half an hour before the exam is scheduled to start, allowing time to check in to the testing center. Being more than 15 minutes late to the exam may mean denial into the test. Two forms of valid, government issued photo identification are required for admission. Food, drinks, notes, books, electronics, highlighters, and earplugs are not allowed in the testing center. [5]

The PCAT Test is designed to test the skills of candidates in six different areas: Writing, Verbal Ability, Biology, Chemistry, Reading Comprehension, and Quantitative Ability. Combined, there are 233 items, including a thirty minute writing prompt. Aside from the writing topic, all of the questions are multiple chioce. The entire testing period, including the break, lasts about four hours. [6]

The PCAT comprises one writing section and five multiple-choice sections:

The writing section is scored on a scale from 1 to 6. Both computerized writing assessment software and trained scorers are involved in this process.[4]

The PCAT Advisory Panel does not publicly publish scoring statistics such as percentile ranks.[3]