The Law School Admission Test (LSAT) is an admissions examination for Juris Doctor (JD) programs in a number of common law countries, including the United States, Canada, and Australia. The idea for the LSAT was first proposed in 1945 by Frank Bowles of Columbia Law School, and in 1947, representatives from several law schools met in Princeton to discuss the examination.[1] The LSAT was first administered in February 1948.[2] This first version of the examination required a full day to complete and contained ten sections: Verbal Analogies, Sentence Completion, Paragraphs, Word Classification, two sections of Reading Comprehension, Figure Classification, Debates, Contrary and Irrelevant Statements, and Reasoning. The test has undergone several major overhauls since its debut, both in its length and in material covered.[2]

Unlike many other modern examinations, the LSAT is only available as a paper-based test. In 2006, the LSAC published a study which indicated that as of the 2004-2005 testing year, more than 70% of candidates across all ages, genders, and ethnicities indicated that they would be "very comfortable" taking a computer-based version of the LSAT.[3] However, nearly a decade later, the LSAT continues to be administered only on paper. 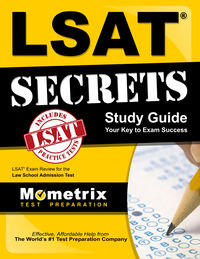 There is no single "passing score" on the LSAT. Each law program may choose to set its own cutoff scores or choose how heavily to weight LSAT scores in determining which candidates to accept. Score distributions on the LSAT are extremely stable from year to year and follow a bell curve. In the United States, the typical mean score is about 151 with a standard deviation of about 10.[5] 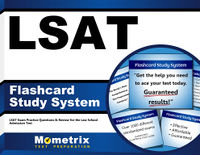 The LSAT is administered four times per year: one Saturday each in February, June, September, and December. Documented observers of a Saturday Sabbath have a special religious allowance and may take a special makeup test on an alternate date in February, September, and December.[7][8] Typically, the LSAT is administered on-site at colleges, universities, and law schools.[9]

The cost to take the LSAT is $170 USD in the United States. In addition, law schools typically require that candidates for admission use the LSAC's Credential Assembly Service to report LSAT scores, and this service costs an additional $165. Additional fees apply for services such as late registration and test center changes.[10]

Because the LSAT is a paper-and-pencil test, immediate score reports are not available. Candidates receive score reports via email or mail approximately three to four weeks after taking the exam.[11] Candidates may choose to retake the LSAT, but may only take the examination three times in any two-year period.[12]

Candidates with disabilities who require special testing accommodations may download an Accommodations Request Packet from the LSAC's website after registering to take the LSAT. This packet guides candidates through the process of submitting the request and required documentation. The LSAC encourages candidates to register for the test and begin the accommodations request process as early as possible due to the amount of time this process may take.[13]

The LSAT is made up of about one hundred questions that have to do with three main types of questions: Logical Reasoning; Reading Comprehension; and Analytical Reasoning. The exam is divided into five sections timed to last thirty five minutes each. There are two logical reasoning sections, one reading comprehension section, and one Analytical Reasoning section. The fifth section is unscored, and used to pretest new questions that may be used in future exams. All of the questions come in the form of multiple choice. [14]

On the day of the exam, each candidate must present a valid, government-issued photo ID in order to be admitted into the test. A one gallon ziplock bag containing ID, wallet, keys, watch, medical/feminine hygiene products, pencils, highlighters, tissues, drinks, and a snack is allowed as long as the bag is kept underneath the chair, and is only accessed during break. Books, rulers, mechanical pencils, pens, bags, electronics, and calculators are not allowed in the testing center. Test takers may have tissues, pencils, erasers, sharpeners, and an analog watch on their desk while taking the exam. There will be a fifteen minute break after the third section of the test. [15]

There is no penalty for guessing on the LSAT. Incorrect answers and omitted answers are judged the same way. In addition, all questions are weighted equally in scoring.[11]

Candidates' scores on the four graded multiple choice sections are converted to a single scaled score ranging from 120 to 180 on a bell curve. Although exact percentiles vary slightly from year to year, the typical mean score is about 151, and the typical standard deviation is about 10 points. The following table shows some representative scores and percentiles from the 2011-2012 testing year, in which the mean score was 150.66 and the standard deviation was 10.19:

As the table demonstrates, 60% of candidates receive LSAT scores within about five points of the mean.