The ACT was launched in 1959 by University of Iowa professor Everett Franklin Lindquist.[1] The test's name was originally an acronym for "American College Testing", but today, the full name of the test and its administering organization is simply "ACT."[2] Before the development of the ACT, the SAT was the only national standardized college entrance examination in the United States.[3] In contrast to the SAT, which was designed to measure scholastic aptitude, the ACT was designed to be a test of academic achievement and preparation. As such, ACT scores can be used for course placement purposes as well as for university admissions.[3] 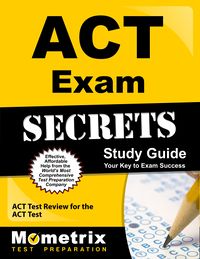 The ACT is primarily taken by college-bound students for university admissions and course placement purposes. Every four-year college and university in the United States accepts ACT results for admissions purposes.[6] Its scores are also used for diagnostic and monitoring purposes for high school students. For example, in twelve states, high school students are required to take the examination for statewide assessment purposes.[6] In 2012, 52% of students graduating from high school in the United States took the ACT; however, only 25% of those test-takers met each ACT sub-section's College Readiness Benchmark score, a score which indicates a 50% likelyhood of obtaining a B or higher in a corresponding first-year college course.[6] In fact, in 2012, the national average scores of the math (21.1), reading (21.3), and science reasoning (20.9) sub-sections all fell below the Benchmark score of 22.[7][8]

Historically, universities throughout the midwestern and southern United States were more likely to require prospective students to submit ACT scores, whereas the SAT was the dominant entrance examination on the East and West Coasts. In the 21st century, however, both examinations have become less regionally-defined as universities compete for students from all fifty states.[9] As such, ACT functions as a nationwide university admissions examination on par with the older SAT. 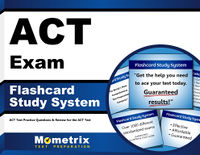 The ACT is administered in all fifty states. Most testing sites are at schools and universities.[10] There are six test dates per year: one each in September, October, December, February, April, and June.[11] The ACT may also be taken in dozens of other countries worldwide, but test dates and availability may vary from location to location.[12] The registration fee for the basic ACT examination is $35, but students who also wish to take the optional writing section must pay a total of $50.50. The testing time of the basic ACT examination is two hours and 55 minutes, and the optional writing section adds another forty minutes of testing time.[6]

Students with disabilities or special needs may request one of three special testing protocols. National Standard Time with Accomodations is a testing protocol which allows students to receive appropriate accomodations in a normal examination setting such as a large-type test booklet, a sign language interpreter, permission for diabetics to eat snacks in the test room, or some other disability-specific accomodations. National Extended Time is a testing protocol which gives students 50% more time to complete the examination. Finally, Special Testing is a protocol for more specific needs, such as students who require testing to be spread out over multiple days or who use alternate test formats such as Braille or cassettes. Requesting a special testing protocol does not alter the cost of the examination.[13]

Students may only take the ACT a total of twelve times, not including mandatory state testing. [14]

The test begins at 8:00 a.m. Each student must bring their admission ticket as well as a photo ID in order to be admitted into the testing room. The exam is a written exam with a test booklet that allows test takers to answer questions from every section. Any four-function, scientific, or graphing calculators are permitted, but only for the math sections. Calculators with built-in algebra systems are prohibited. The ACT Test usually ends around 12:15 to 1:00 in the afternoon, depending on whether the test taker opts to complete the writing portion as well. Dress comfortably. Snacks and drinks are allowed during the breaks, so come prepared.[16]

The ACT Test is divided into four sections. Each of these four sections test students over what they've learned up to the beginning of 12th grade in English, Science, Mathematics, and Reading. Depending on whether it is the ACT (No Writing) or ACT Plus Writing, there will also be a writing test with one prompt. There is a total of 215 questions that, including the breaks, will take close to four hours to complete (four and a half with the optional essay.)[17]

The following are the topics covered by each of the four ACT tests along with what percentage portion those topics are of that particular test.

Each of the four primary sections of the ACT—English, Mathematics, Reading, and Science Reasoning—are scored on a scale from 1 to 36. These scaled scores are calculated based on students' raw scores, meaning that there is no penalty for guessing or for answering questions incorrectly. Students also receive an overall composite score, which is the average of their four scaled test scores rounded to the nearest whole number.[19]

The ACT offers an optional writing test. This test does not affect students' scores on the other four sections or change the composite score. Rather, students who choose to take the writing test receive two additional scores: a Writing score and a Combined English/Writing score. The Writing section is scored by two trained readers on a holistic scale from 1 to 6. These two ratings are combined to yield a final score from 2 to 12. The Combined English/Writing score is reported on a scale from 1 to 36. It is a score which combines students' performance on the English and Writing sections, but gives more weight to the score of the English section.[20][21]